How To Write Chapter One Of Research Projects 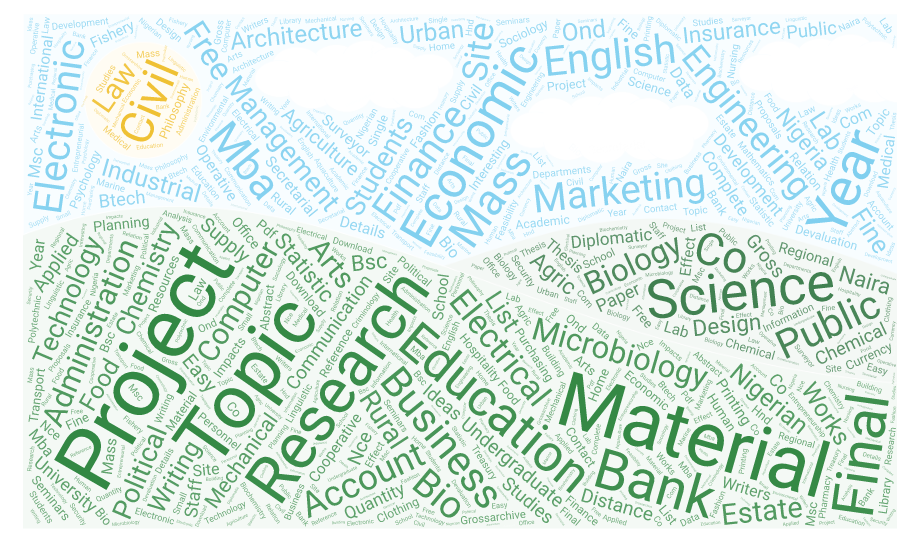 The outline of a well written Chapter One is supposed to include all or some of the following:

1.1 Background to the Study

1.2 Statement of the Problem

1.3 Objectives or Purpose of the Study

1.4 Research Questions and /or Hypotheses

1.5 Significance of the Study

1.6 Scope and Limitation of the Study

As can be seen above, the project outline constitutes a huge part of the project proposal and the student researcher just needs to perfect the approved research proposal with the view of using it as the Chapter One. The fact remains that all the other parts that as had been written for the project proposal would still stand, with the inclusion of Operational Definition of Terms. At this stage, it is important to understand and know what is contained under each of the subheadings in the first chapter and these are described thoroughly in this article: –

Just as the name means, this section outlines the history of the subject matter under investigation; the evolution of the research problem; how the researcher became fascinated with the problem. He goes on to describe the specific situation surrounding the research problem, using facts from the literature to support various arguments. In this section also, the student researcher tries to ascertain the suitability and feasibility of the study, concluding from the sufficient evidences drawn from the previous literature.

In a nutshell, this is where the student researcher initiates the subject of his investigation using all obtainable evidences and figures to establish its groundwork. Note that even if there is no standard number of pages that this should take, the lengthier and well focused the Background to the Study, the better for a good and solid groundwork for that research being conducted.

The Problem Statement, as it is otherwise described, is the reasonable conclusion of the problems/issues raised in the Background to the Study. The idea is that while the Background to the Study offers a wider or global perspective/standpoint to the subject matter of the research, the Problem Statement makes assumptions from there and concludes on the specifics as they relate to the specific investigation being conducted.

This is why experienced project supervisors would mainatain that the Problem Statement should be in the range of one to three paragraphs only. The idea is that the shorter, the clearer; and the clearer the better for the whole process of investigation. In a nutshell, one cannot overstate the need to state the research problem very clearly and accurately, since the entire course of the investigation depends on it.

Therefore, there is no doubt that a satisfactory statement of the research problem is the most important component of a research process. The plain reason for this claim is that the whole process of investigation centers on it and it is typically related to some of the following issues:

Consequently, the Problem Statement offers direction to the rest of the project; signifying and highlighting the major variables of concern to the researcher as well as the exact relationship that exist between them.

Simply similar to every other component in a research project, the Objectives of the Study is strongly connected to the Research Problem. The former is derived directly from the latter. The Objectives of the Study, which is sometimes described as Purpose, stand for the aims of carrying out the investigation and could be categorized into general and specific.

The general objective describes the overall aim of a research project whereas the specific objective is concerned with the comprehensive list of intentions concerning what the research stands to accomplish at the end of the project. Typically, the specific objectives are stated in the form of declarative statements for example, the statement should start with “to examine”, “to analyze”, “to determine”, “to assess”, “to find out” etc. The Research Questions usually take the form of interrogative statement, the Objectives present the same thing, but in the statement form.

Typically, these come immediately after the Research objectives because of their strong relationship. They do not just seek to convert the declarative statement of the objectives into interrogative form, but further break down the major problems compressed in the research objectives. As its name implies, Research Questions is presented just like interrogations seeking to create specific relations among the main variables of investigation.

In the case of Hypotheses, they are not the same as Research Questions even though they are sometimes used to substitute each other. In other words, it is not unusual to find projects which have both as well as others which have only one of them. Since they are not the same, they are not expected to replace each other. If they stand to do that, then one should be retained and the other disposed of. By this piece of information, one can easily know that it is not necessary that a project should have both; particularly at the elementary level, where in most of the times, the research questions would be okay.

By meaning, a Research Hypothesis is a clear, specific statement whose validity and workability can be tested by means of scientific method. Being a declarative statement of prediction, it tries to determine the relationship or difference that exists between one variable and the other; and to what degree. It is a form of clever guess or supposition regularly derived from the results of previous studies and/or theories originating from the literature. Hypotheses are formulated on the core of any of the areas and objectives listed below:

The Research Hypotheses specify the fundamental issues relating to the data to be gathered in the process of conducting the study. They serve as a theoretical conceptualization of what the researcher anticipated with respect to his research outcomes. These help him to test and verify his concepts on the basis of which he makes very tangible and reliable conclusions and generalizations. They also assist in sharpening researcher’s focus on the research problem with a view to determining the direction where to find the solution.

Therefore, some of the qualities of a good hypothesis must include that:

It is anticipated that every research project must have something new to contribute to knowledge in that research field, no matter how small. In point of fact, no research should take place if it will not contribute anything to knowledge; as this represents the major feature of all research endeavors.

Consequently, this section is expected to clarify the possible benefits of the research and to whom such anticipated benefits would be meant. All these should be clearly stated. In any way, there is no standard detail as to the number of benefits that a research project should have or its length. It can be arranged sequentially or itemized or paraphrased depending on the person’s method of writing.

Consequently, if the scope was concerned with the level of the research’s coverage, then, limitation implies building a fence around the subject of research. This is with a view to creating a foundation for the non-inclusion of certain things in the study for understandable reasons.

Even though many student researchers tend to mistake Assumptions with Hypotheses, it is important to state very clearly that they are not the same. We have already discussed about hypotheses; its meaning and significance in a research project. However, Assumptions are only mere statements, which are frequently, not subjected to any testing. They are, more or less, ordinary statements that are taken for granted. They cannot replace the Hypotheses; yet, they tend to duplicate the Hypotheses, because they are fairly similar.

It is because of these reasons that a lot of research experts have suggested that if the study has hypotheses, then assumptions would no longer be needed. For a study with Research Questions only nevertheless, it is suitable to have assumptions, to act as a guide towards the achievement of the research objectives.

Assumptions are typically itemized while the number varies.

This section of the Chapter one (introduction) is used to offer a kind of working definition to all the concepts, which would be operationally used in the course of the research. The notion is that there are some terminologies, which have been “adapted” and so utilized restrictively for the purpose of the research project.

This implies that such terminologies would mean something somewhat different from the one adapted under a different circumstances; therefore the name Operational Definition of Terms. In defining terms operationally, individual concepts/words to be so defined are recognized and then itemized. Thus, operational definitions are typically given in such a manner that will imply that they are not the usually accepted as standard definitions but those peculiar to the study in specifically. This section typically comes last in the introductory chapter.