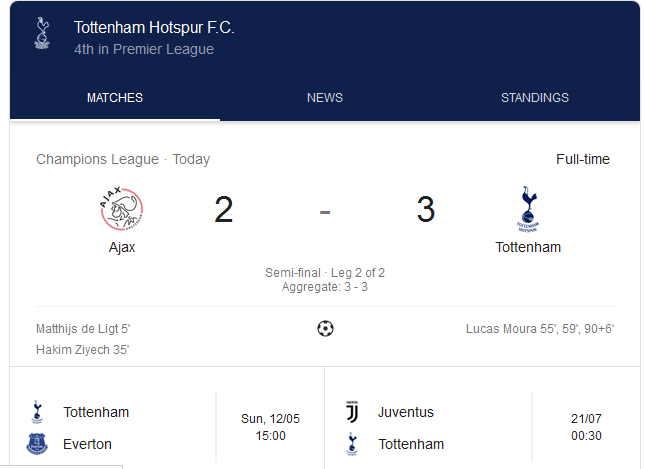 Tottenham progress after they defeated Ajax 3:2 to reach the final.

After going 2-0 down in the first half, and 3-0 on aggregate, Lucas Moura’s hat-trick – the third goal of which came in the sixth minute of added time – has sent Tottenham through to their first ever Champions League final.

Though the game ended on 3-3 AGG, SPURS Win on away goals

You could recall that Liverpool defeated Barcelona 4:0 yesterday after the wonderful come back that left everyone taking.