How I Lost My Virginity For The Second Time 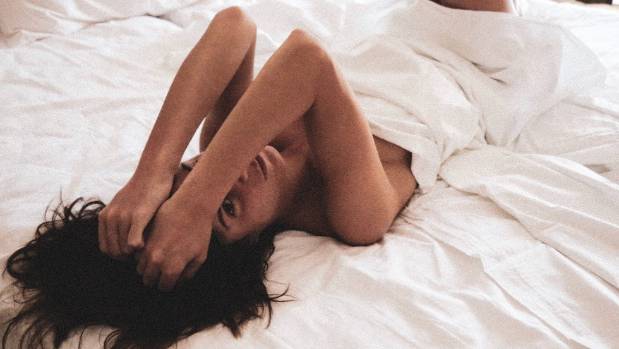 My story starts with a cliché. It was my freshman year of college. The reality is I consume all my mental energy in an attempt to suppress the memory of how I lost my virginity which was not meant to be so.

My boyfriend at the time wasn’t a virgin. We would always stay up late chatting and talking about the first time he had sex and lost his virginity and I always fantasize about how sweet the memory of mine will be. But at that time, I was just sixteen and I wasn’t just ready yet to have it taken.

Maybe because I felt my boyfriend wasn’t sincere enough to me and I wanted to have my first sex with someone genuine just like my parents had advised. I knew he was a playboy, who was with me because my parents were rich. I have countless seen him with numerous girls at so many places on the campus. So I knew he was not faithful to me but I didn’t want to leave him because I on my part was with him. After all, he was good-looking and was one of the most handsome guys on the campus with who everybody wanted to associate. I had loved him at first, but I began to lose interest in him when I found out he was not faithful or can be described with the common word “a playboy”. My friends and girls on the campus were envious of my having him as my boyfriend. I enjoyed the fame, I couldn’t leave him. I had to play a deaf ear to whatever he was doing even when it hurts. He would always bring up the topic of us making out anytime I visit, but I always find a way to change the topic not until one faithful day.

It happened to be my birthday; He was out to celebrate with me alongside his friend. We stayed up late at the club. I had so much to drink that night. He was encouraging me to drink and get high, and at that moment I just wanted to have fun and enjoy my birthday. Time continued ticking, and soon I wasn’t in my right senses anymore. I didn’t know when the party was off. I could barely see myself walking and not knowing where I was going. At that moment, all I just wanted was to get home really quick and sleep. Then I blank out!. When I woke up, it was all over!. Yes! You got it right. I have lost my virginity. He had taken me to the rooftop of the club when I passed out and had sex with me there.

My first time, I have always dreamt of it to be so special with roses on the floor, scented candles everywhere and have it with someone who I truly love and who truly loves and cares for me as well. I had always wanted it to be a sweet memory for me; but unfortunately, it didn’t turn out as I planned. My virginity which I cherished so much was taken from me on the roof of the club while I was drunk on my birthday!.

It’s perfectly normal to experience anger when something you love is taken away from you, as well as to feel sadness and frustration. I was sad!. I just stared up at the blue sky and tears started rolling down my cheeks. My boyfriend was gone by the time I woke up. I got up and wore my clothes which were stained but I was lucky that I was wearing dark colours which hid the stain to some extent and I tirelessly dragged myself home.

I never told anyone what happened. I never went back to visit him. I figured out that I kind of deserves what happened to me. I had the opportunity to leave this guy who didn’t mean good to me from the beginning but no! I didn’t. I had wanted to ask him why he did it, what made him think he could do that to me. I imagined grabbing his face and pushing it close to mine, staring into his eyes and whispering to him how much I hated him for what he did to me. I needed to ask him why he left me there after he did that. Was that how heartless he was?. I wanted to ask him why.  But somehow I knew I never will. I never went to him. I decided to forget him.

Unknown to me, it was not how I pictured it that it was. He never wanted to end it. He was drunk too. He had forgotten that I was a virgin and that would be my first time having sex. He had woken up that morning and had noticed some red stain on my dress and it dawned on him that he had taken my innocence. He instantly started being attracted to me but he couldn’t face me. He knew how I have always fantasized about my first time and he had said to make it memorable for me whenever I was ready. But unfortunately, it happened the opposite as planned. On a rooftop! How could he? How drunk were we both last night that we couldn’t get home to do this he thought to him? I can’t face her. I need to leave before she wakes up he had thought to himself. And that was the reason he was gone by the time I woke up. He felt guilty.

I was in my room reviewing my notes from school when my friend walked in and said to me, there is a delivery for you. What is it? I nonchalantly asked.

I’m sorry, I was not able to ask him what it was but I think there is a name tag on it she said. I received the package from her and opened it. Inside were a small box and a note which was neatly folded. I hurriedly opened the small box because of its beauty and behold a silver necklace with a flower pendant using sapphire stones as its petals. I pulled the silver necklace out of the box. My heart almost leapt out of my chest. I couldn’t help but smile. I loved it. I immediately reached for the note and read what was written on it. And it read “forget me not”. I saw the name of the sender and I frowned instantly. I packaged the necklace back into the box and stretched it to my friend and said no need!.. just send it back. My friend said with surprise, back to who? To whomever that gave it to you, I answered back. Well, I don’t know the person…where can I find him. Besides, you have the name of the sender so you can send it back to him later she said and walked away.

I stared at the flower pendant for a long. Glaring at it, It was so beautiful. Just as I was still thinking, my phone rang. I looked at the caller ID and contemplated whether to pick up the call or not. it was him. After three rungs, I picked it.

I know it’s you. What do you want from me? I asked. You have succeeded in your evil plans. I already gave you my innocence that’s enough right!

I’m sorry! I’m sorry he said. I was drunk too. It wasn’t my intention to make it happen this way.

That’s not how to apologize!. I hissed finding him more annoying.

Yes, that’s why I sent that gift to you. I know you hate me right now, I know how much of a jerk and a playboy I am to you right now, but I want you to know that I cherish every moment we spent together and would want you to remember it for the rest of your life. I know you may not want me in your life again, so I want you to keep that necklace and remember the memories that came with it. After saying this, he hung up.

This angered me the more. I closed my hands holding the little box. What does he want from me! He is insane; I already said I don’t want to get involved with him any longer. He is a playboy. What does he mean by remembrance?  Remembrance can be negotiated but true love seriously!. I believed that such a man was not capable of such love, he was just playing. Maybe I guessed wrong. I just can’t jump to a conclusion. My hands shook. I was frustrated, angry, annoyed and anxious even though I was not clear if I’m angry at him or with myself.  I wanted to throw away the necklace or bury it under the ground, but something in me rejected it and wanted to keep it. So I picked it up and hide it under my box.

Years fleeted by. Each time I remember the moments; I started cherishing the necklace and wore it always. It became precious to me and I wore it every day and clutched it. Then one day, after dressing up to go out with my colleagues at work. I looked at myself in the mirror and felt something was missing. Yes! the necklace. I quickly opened my drawer to pick up the necklace and behold it was gone.

I patiently searched for it everywhere in the room and the compound but it was gone. I lost it again! Just in a twinkle of an eye, it was gone. To me, it was like I had lost my virginity for the second time! I lost the only item that reminds me of my innocence. Objects are closely laid to memories and now the necklace was gone. I can only remember the good times and memories it gave me talking to someone. I have lost something of a sentimental value twice and the memory has always been fresh in my mind.

This is why grieving its loss is completely normal to me!